Showing posts from March, 2018
Show All

TWISTED IN THE TWILIGHT. 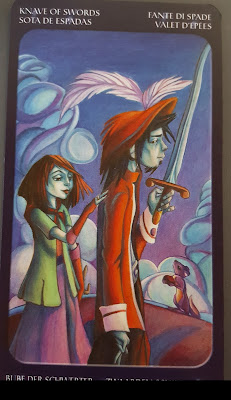 One of my favourites decks, is a most youthful deck with art by Christina Benintende and images that remind me of an extremely colourful Tim Burton. The Tarot of the Sweet Twilight is  full of quirk. The concept of twilight where we are not quite in the shadows but light is fading so the deck is a reminder to delve the shadows. And delve we can with such interesting takes on the traditional Waite Rider. In this post I will highlight some of the fabulous concepts Cristina Benintende comes up with for interpreting a traditional tarot.

How cool is this Knave of Swords? Knave is a replacement for Page. The pages are played around with in evolving modern tarots. They often switch to feminine in modern decks becoming princesses or daughters.  In the Sweet Twilight they become Knaves. I love this guy, I would follow him being fairly convinced he has no idea where he's going but armed with his sword of ideas I'd imagine we would begin an adventure.
The journey…
Post a Comment
Read more 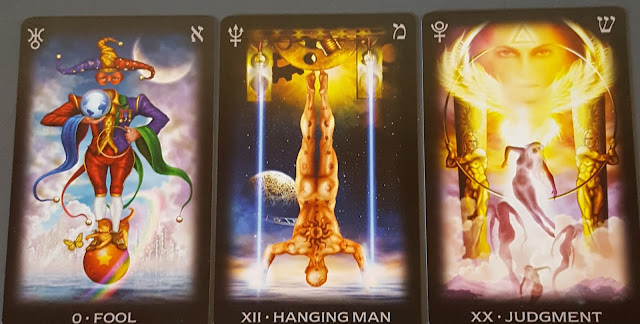 DOES THE TAROT AND ASTROLOGY CROSS OVER?
YES.

Wands =fire
Cups=water
Pentacle =earth
Swords-air In some magical decks the Wands and Swords swap elemental paths as the concept that Swords are forged in fire and Wands are used to create magic of the word and mind is an air element.

What we notice here is the suits begin with the cardinal sign, the signs that mark the solstices and equinoxes and are the signs that initiate change. They represent cards 2 to 4
The second three cards, from 5 to 7 are fixed thus holding a stability and being reluctant t…
Post a Comment
Read more 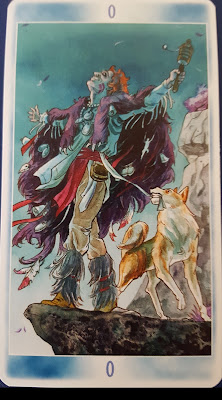 Some tarot decks are accompaniments to our spiritual practice. The Tarot is just a tool in the toolbox as we journey towards our own personal growth.
We may add Tarot to our ritual layouts, placing a card to hold each of the four directions.
We may use the Tarot as a way of reflecting what our issues are on any particular day.
We can ask the Tarot what is our issue?
We can use the Tarot to show us our steps on the path. You see I don't believe in set outcomes.
I believe life is a constant process or journey.  We do have situations and issues which climax and need our decision making but I don't believe it stops once one decision is made. Nor do I believe there is a set outcome and that's what will happen.
For example: let's take a relationship issue. There are three paths with this issue.
Path A is leave.
Path B is work through the issue .
Path C could be there is a need for more time before the decision is clear.
Now the Tarot can help in all of these circumstances.
…
Post a Comment
Read more

THE MAGIC OF CIRO MARCHETTI. 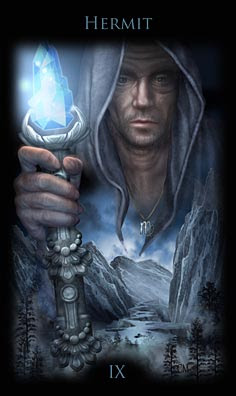 Images speak a thousand words when it comes to the art of Ciro Marchetti. This man's tarot decks weave a spell like no others. The characters are rich, realistic and ready to communicate to the reader. Ciro is a digital graphic designer and has travelled all over the planet teaching and producing imagery that captures a wonderous world of fantasies.
Only in solitude do we find ourselves; and in finding ourselves, we find in ourselves,  all our brothers in solitude. Miguel De Unamuno
Essays and Soliloquies

The Gateway to the Divine Tarot, the accompanying book to the superb deck is like a journey through another alien time where we meet the tarot as a group of characters existing in an ancient civilisation. We journey back to learn the lessons to progress forward. The imagery is based on Waite Rider so we can easily identify with the journey but its been given an alien, terrestrial, planetary type of feel. Even in reading the book we have a slightly cryptic, mystic language to deci…
Post a Comment
Read more
More posts
Go to www.addthis.com/dashboard to customize your tools -->